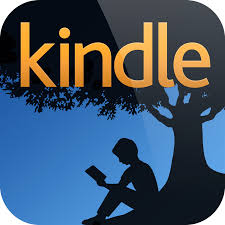 This is a relatively new feature for this Blog. Each month I'll report how much money I received from Kindle and how much I estimate I make in future months based on current sales.

I've separated the numbers into 3 columns - Kindle (ebooks), Createspace (paperback), ACX (audio). The numbers in black, regular font have been paid to me. The numbers in italic grey are yet to be paid, and are predictions based on the current exchange rate. Once they've been confirmed, I'll change them to black and regular. Amazon pay you 60 days after the month end, so I'm getting paid in June for the sales I made in April.

July's payments will be confirmed near the end of the month. The Royalties appear in my account on the last 2 days of the month. This is the only time I know for sure what I've earned after the exchange rate is taken finalised.

Let's look at the numbers for this month:


Kindle
July has turned out to be a solid month for me overall.

Kindle Unlimited royalties changed for the 1st July, and although we haven't received our confirmed earnings, I predict that my income for the Kindle Unlimited downloads have decreased to around 1/3 of what I received previously.

Individual sales royalties haven't changed, and I still receive 75% of any sales I make on a £1.99 book (pre-tax). Kindle Unlimited downloads do contribute to a significant amount for Kindle publishers, so the recent changes have impacted many people. The change isn't great, but the earnings are still very significant, and I don't intend on changing my tact.

For July, I made more individual sales than in Jun, but I lost a significant sum from the Kindle Unlimited download royalties. Overall you can see from the table above that my Kindle income is still up month on month.

I had 36 ebooks on Amazon at the of July. I was hoping to get to the initial goal of 50 in August at some point, but that's going to be a challenge right now...... I don't mind a challenge though! I still want to push on get 100 books out by the end of the year. Roughly speaking, I should expect 3 x the earnings I'm making now with 100 books. I made approx £750 in June, therefore I can realistically expect to earn £2,250 a month by December. This will take me close to what I'm currently earning in my job.

I'm aiming on releasing 3 x books a week now, which I comfortably managed in June, but I struggled in July. I'm hoping that I can budge that weekly total up to 4 or even 5 a week more consistently moving forward and I believe this will be more realistic when I go at it full time or even part time in August.

I lost a couple of writers in July, and I haven't managed to successfully replace them yet. I must admit to being thrown off course by announcing that I'm leaving my job. Things at work have been extremely busy. It's involved me staying late on some evenings, and missing several lunch breaks. These were key Kindle working times for me. I believe August will remain busy whilst we find a new manager for my role, but I intend to be far more productive on Kindle this month, and working 3 days a week should help. I made big steps on Createspace during July, but I'll come onto that shortly.

I ended up making an unconfirmed £752.03 in June and £980.32 in July according to my calculations for sales, which I'm delighted with.

ACX payments are more swift than Amazon and Createspace (30 days rather than 60). I'll receive an ACX royalty in September based on my sales during August. I remain hopeful that I'll receive the £20 I need to take my total to over £1,000 in a month which will take me past my priority 2015 Goal. I have a bottle of Bubbly waiting for when that's confirmed!

I received £521.45 in actual payments from all three forms in July. This is pre-tax.

Createspace
My total ebook sales and downloads went up slightly in July, as I only added a handful of books, but I took things up a notch with Createspace, and I'm so glad that I did.

I finished July with 28 books selling on this format. My royalties for Createspace are estimated at £322.51 for July which I'm delighted with.

At the end of June I had 8 books selling on this format and I made £131.29 (also unconfirmed). My book numbers, sales and income have almost tripled in July.

I could not recommend Createspace higher for anyone interested in Self Publishing. It's easy to do and the ROI is RIDICULOUS!!!!!

How is this possible?

The set up costs are so low - less than £7 per book - You can cut those costs in half too if you edit the books yourself. I pay someone $5 to edit each book for me. The returns for each book sale is huge! I make approximately £1.76 per book sold. I sold 183 books in July.

You only pay the set up cost once, and then you sit back and watch the money roll in. I don't do any marketing on the CS books, as the kindle books advertise the paperback copies too (if you have them). Createspace is an outstanding option once you have an ebook in place!

ACX
Following on from Createspace's easy revenue tactic, I went down the audio route to see how much potential it had.

I've learned that the process takes significantly longer to complete. I can get a book on Createspace within a few days now. It takes a month to get an audio book onto ACX.

I now have 6 audio books selling on ACX officially.

There are 2 main options to making money on ACX. One route is the 50/50 route, the other is buying the full rights. I've tried both to see how they workout.

The marathon book is a 50/50 option which I didn't pay a penny for. An american voice artist records and produces the book, I check it and approve it. Once Amazon approves the book (2-4 weeks), the voice artist and I make 20% on the sales each.

The other option is paying the voice artist to record and produce the book. I've paid a similar price for a standard written book, which remember, I've already paid a writer for - £40-60. So, £80-£120 for both written and audio. (Createspace on the other hand costs $5 for a cover, and I choose to pay someone $5 to format it for me).

When the paid audio book starts selling I take 40% of the profit, so we'll see how it compares over time. They both have advantages.

I earned £13 in my first month with ACX. Nothing too crazy there. I'm still not 100% sure of what I think of ACX yet. I've put some more books out there to test the market further and we'll see how it goes.

I earned an unconfirmed £23.40 for ACX sales this month. The total costs for these sales set me back £260.20. This works out to a 9% ROI in one month. Certainly not a return to be sniffed at, but let me compare it to Createspace to demonstrate the power of the paperback format.

I made my first Bounty sale during June which can lead to a nice payment, but it does have some conditions.

If someone signs up to the ACX membership via your book you get a $50 bounty. The person must remain a member of ACX for 61 days to earn the bounty. One person signed up in July via one of my books, but I'll have to wait to see if they remain a member after 61 days.

If this is a regular occurrence the audio book route will be well worth it. Currently, I think it makes more sense to invest in more ebooks and Createspace before taking the ACX route.

From my experience so far I would suggest keeping to the 50/50 revenue split on ACX rather than paying for the work up front, as you forgo the initial set up cost to take a lower royalty payment. You still have to get a new cover done, but you can do that for $5 and that's it as far as set up costs. You pass the producer your already paid for ebook, and they do the rest.

I'll update you on my thoughts after a few more months as I think I'll have a better idea then.

Despite my slightly slower month on Kindle, July has resulted in me being very close to my 2015 Goal of £1,000 in one month (pre-tax), which I'm really happy with.

I think I can really cement my earnings over the next few months when I go part time at work, and further still when I'm working full time as a Kindle Publisher.

I have some significant plans for August. Among my plans, I want to set up a Limited Company, a Youtube Channel, and I want to start designing a Kindle Publishing course which people can access online. Along with my continued publishing schedule for Kindle, CS and ACX.

Things are really starting to come together now. I have a lot to learn about paying tax, and setting up a Limited Company, but I'm quite excited about it all. Not sure how long that'll last!

I'm looking forward to going onto Youtube for my Blog. I want to cover my (sorry to say this......) 'Journey' from quitting my job to becoming FI....... and perhaps even a millionaire. There are a lot of people Blogging about Investing, FI, ER, Frugal Living, but there aren't that many people on Youtube doing the same thing, so I think it'll make my Blog a little different. I plan on talking about all of things that I discuss on my Blog - Basically, how to become FI and what steps I'm taking to get there. I want to focus on Personal Development, motivation, exercise and generally 'living the good life'.

I hope this is of interest to you. I'd really like to get your thoughts on what stuff you'd like me to film and talk about. What do you think?

My Kindle Publishing knowledge is ever-expanding, and I'm in a position where I feel I can help other people achieve a substantial side income, or even retire from their 9-5 job like I have. I want to create a course to help people earn money on the side, to make some extra passive income for myself, compound/collate my knowledge and use to use as part of my Skype Coaching, which I hope will become a big part of my life.

I want to thank everyone once again for the kind messages of support and encouragement. I really appreciate it and I can't tell you how influential it is.

I hope you all have an amazing August!

How are your Side Hustles coming along for 2015? What do you think of the FFB40 Youtube Channel idea or the idea of an Online Kindle Course?